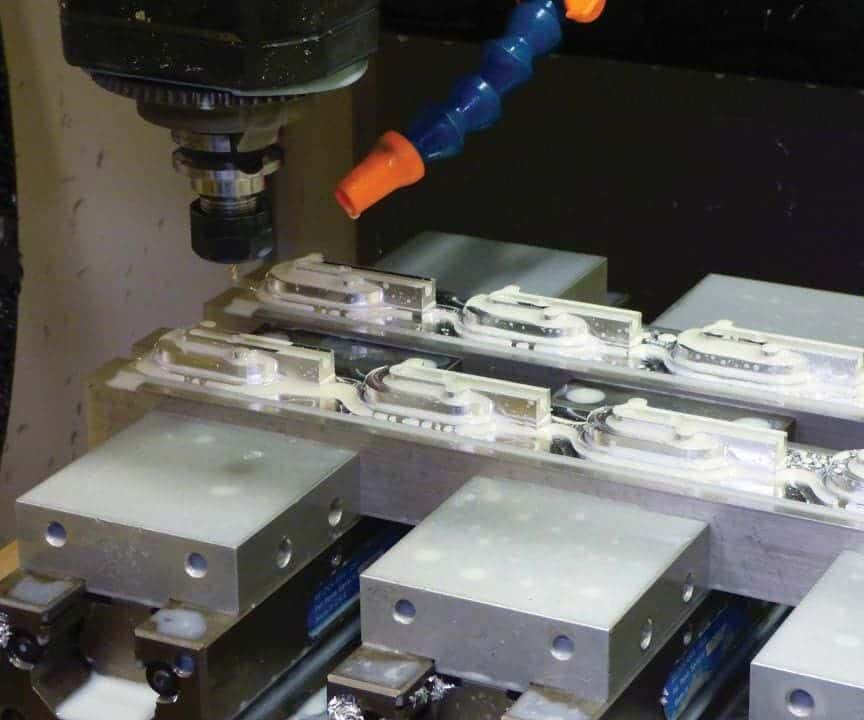 ProShop was featured along with a customer in the March 2017 issue of Modern Machine Shop. Sealth Aero Marine has been using ProShop for over 9 years and has seen tremendous improvements in efficiency, throughput and profitability with ProShop ERP.

As Derek Korn writes: Rich Olson, production manager, says the Mill Creek, Washington, company initially used a DOS-based enterprise resource planning (ERP) system that offered limited capabilities. Even with this ERP system, Sealth still found it challenging to keep track of the status of jobs for assemblies to ensure that the company met product delivery dates for its customers. “Despite the ERP system, the involvement of many people and daily production meetings, it seemed we were treading water in this regard,” Mr. Olson says. “As a result, sometimes we simply weren’t able to meet our product delivery dates.”

Mr. Olson appreciates that the ProShop developers have the machining background to understand the struggles shops face and says Sealth benefits from ProShop in multiple ways. “First and foremost, it instantly revealed many examples of waste in our production processes,” he explains. “For example, it shined light on how often in the past we didn’t have a handle on the status of various jobs, which frequently caused us to expedite workorders or machine partial quantities to meet customer delivery dates. Since using ProShop ERP, we’ve reduced late orders by 90 percent and have increased our planning throughput by 400 percent.

As a supplier to aerospace companies, Sealth gets audited quite often, whether it’s related to its AS9100 certification or by the Federal Aviation Agency (FAA) or its customers. “Auditors commonly tell us that they’ve never seen such a complete shop management system as ProShop before,” he says. “Plus, since implementing ProShop, our annual sales have increased 125 percent, while our workforce has increased by only 15 percent. Therefore, in six years, Sealth has more than doubled its annual sales with essentially the same number of employees.

“We couldn’t have done this without ProShop. I believe we’d need approximately 30 percent more employees today to grow at the rate we have if we were still using our old ERP system. In addition, the software’s return on investment in the first year was approximately 300 percent.”