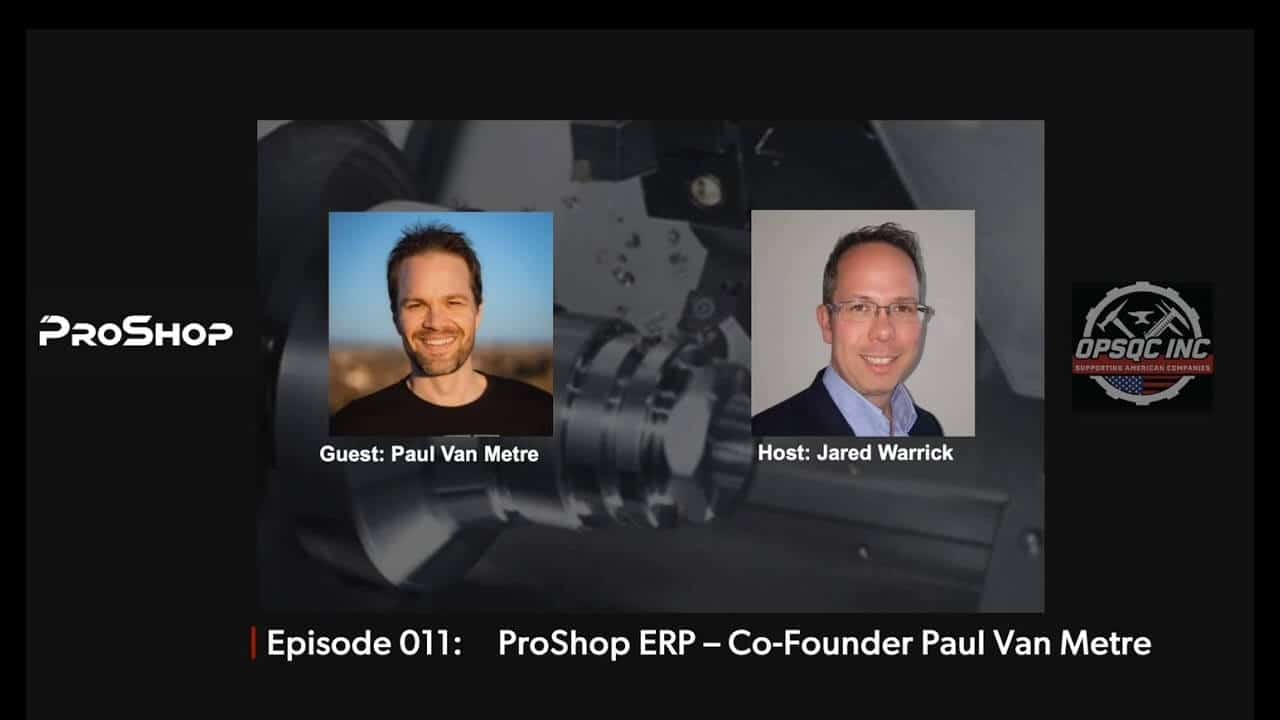 This week we talk with Paul Van Metre, co-founder of ProShop ERP. The company didn’t originally start as an ERP systems company but rather was founded in 1997 as a CNC shop. As their CNC business grew, Paul realized that their spreadsheet record keeping was not going to scale laterally with the business. For this reason, they developed their own system and through 8 years of organic growth eventually became Proshop ERP. The history of Proshop ERP is truly a story of “What doesn’t kill us, makes us stronger.” Proshop was heavily involved in Aerospace in 2001 and the 9/11 attacks nearly bankrupted their company. They learned from this and adapted because during the 2008 financial crash, they didn’t furlough nor let go any of their workforce. Fast forward to the Covid19 Pandemic, they are thriving. Proshop ERP has doubled their workforce in 2020. Listen this week and learn how Proshop ERP grew from a CNC shop to an ERP company and overcame the many obstacles along the way. We hope you enjoy the show.

Machine shops are a hotbed of research and development (R&D). Yes, you heard me right. R&D isn’t just scientists and equipment working in a lab. Job shops especially, and machine shops of all kinds participate in substantial R&D efforts every year. Did you know that R&D costs are eligible for a tax credit? According to Fabricating & Metalworking Magazine, it’s been estimated that just 1 in 20 shops apply for the R&D tax credit. Join us to learn how to take advantage of this credit!

You have Successfully Subscribed!